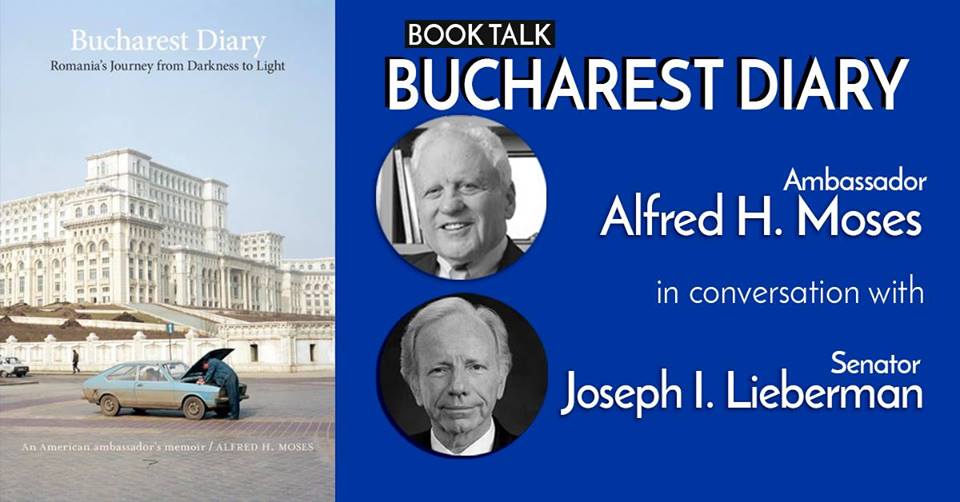 In the 1970s, American attorney Alfred H. Moses was approached on the streets of Bucharest by young Jews desperate to emigrate from Communist Romania to Israel. Helping them became his mission. In recognition of his work, Moses was appointed President Clinton’s first ambassador to Romania in 1994. In his compelling memoir, «Bucharest Diary Romania’s Journey from Darkness to Light,» Moses writes about his fascinating career and the previously untold story of the exodus of Jews from Communist Romania to Israel.

Senator Joseph Lieberman joins Ambassador Moses to discuss his historic work and key diplomatic role in Romania’s transition from its Communist past to democracy — and from “darkness to light.” Annie Polland, Executive Director of the American Jewish Historical Society, will open the program with a short talk about the Benjamin Peixotto collection which is held in the AJHS archives. Peixotto was the consul-general to Romania, appointed by President Grant in 1870. Book sale, signing and reception follow the program.