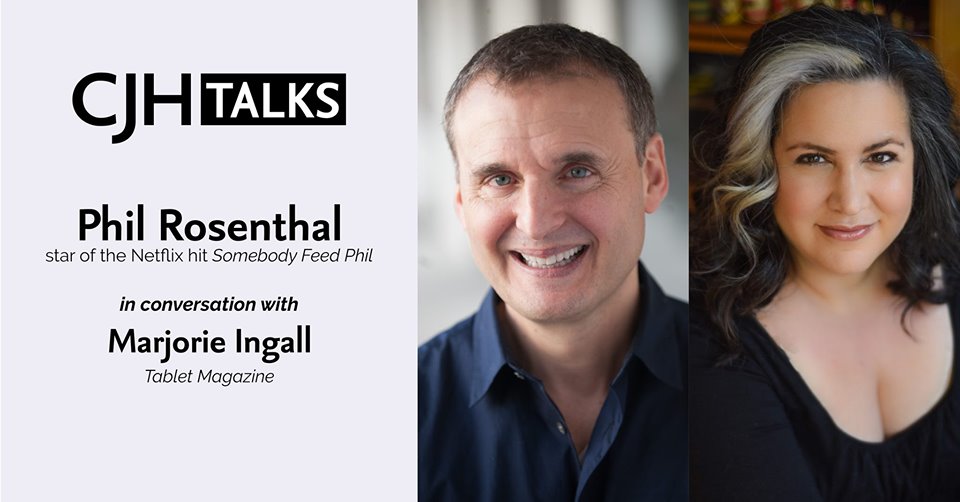 Everyone knows Phil Rosenthal loves to eat. The star of the hit series, Somebody Feed Phil — Netflix Originall and co-creator of Everybody Loves Raymond travels the world to taste the best local cuisine. So, what will we feed Phil at the Center for Jewish History? With hundreds of vintage Jewish cookbooks here in the archives, we have a few recipes in mind. (Crisco Recipes for the Jewish Housewife, anyone?) Tablet Magazine’s Marjorie Ingall joins Phil for a mouthwatering conversation about his fabulous food forays, his mothers Jewish cooking, and his hilarious memoir, «You’re Lucky You’re Funny. »