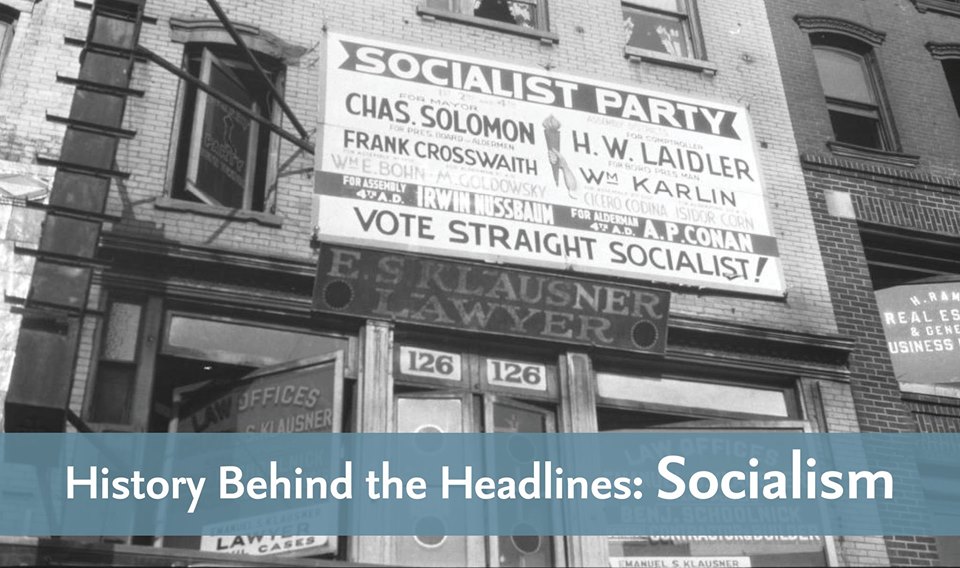 Embraced by some, deplored by others, socialism is back and it’s a hot topic in presidential politics. With younger voters increasingly supporting socialism, the growing movement is changing the national conversation and potentially the Democratic party. But when a recent Gallup poll asked Americans what the word actually means, answers varied wildly. Veteran journalist and former editor-in-chief of the Forward Jane Eisner sits down with an all-star panel to discuss socialism today, its complicated past, and the movements deep Jewish roots. She is joined by University of Wisconsin-Madison Professor of American Jewish History Tony Michels; Washington Post columnist Catherine Rampell; New York Post columnist Karol Markowicz; and former Deputy Director of the Democratic Socialists of America, David Duhalde.

Part of the Soapbox Talks series, History Behind the Headlines: Socialism is the first in a series of panel discussion leading up to the 2020 elections designed to bring historical perspective to todays pressing issues.

Soapbox Talks has been made possible in part by a major grant from the National Endowment for the Humanities: Exploring the human endeavor.

History Behind the Headlines: Socialism