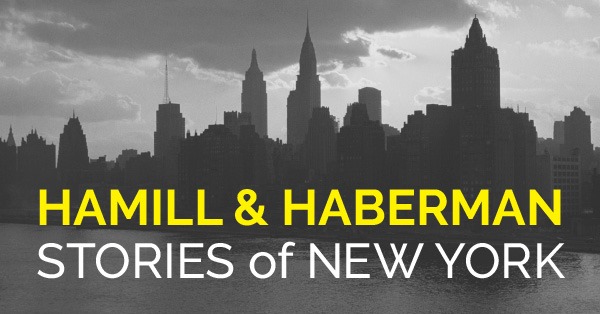 Growing up the son of Irish immigrants in Brooklyn, Pete Hamill was an altar boy in church and helped out a rabbi in a nearby synagogue. The experience shaped a credo Hamill lives and writes by. “New York City,” he says, “is the capital of people who are not like you. Absorb as much as you can.”

For nearly sixty years, Pete Hamill has absorbed his city and written its stories. Join the legendary journalist and best-selling author as he sits down with acclaimed New York Times reporter and the Bronx born son of Jewish immigrants, Clyde Haberman. Hamill and Haberman will share stories about the neighborhoods they came from, the immigrant experience then and now, the tabloid that launched their careers, and the city that never ceases to inspire.