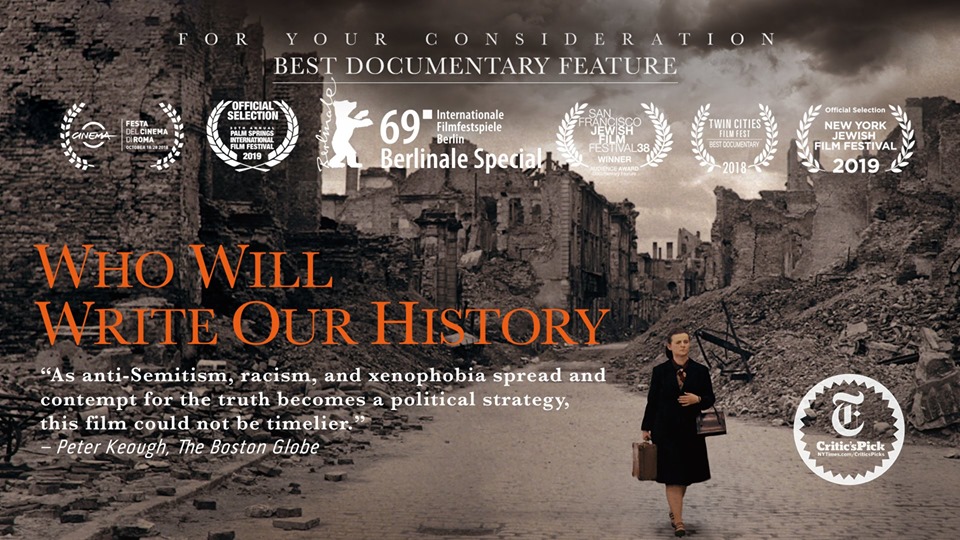 See New York Times Critic’s Pick Who Will Write Our History when it screens Nov. 14 at UJA-Federation of New York with special guest Nancy Spielberg.

In November 1940, days after the Nazis sealed 450,000 Jews in the Warsaw Ghetto, a secret band of journalists, scholars, and community leaders decided to fight back. Meet this clandestine group who vowed to defeat Nazi lies and propaganda not with guns or fists but with pen and paper in Who Will Write Our History, from Roberta Grossman and Nancy Spielberg.

They detailed life in the Ghetto from the Jewish perspective. They commissioned diaries, essays, jokes, poems, and songs. They documented Nazi atrocities with eyewitness accounts. They sent reports of mass murder to London via the Polish underground. Then, as trains deported them to the gas chambers of Treblinka and the Ghetto burned to the ground, they buried 60,000 pages of documentation in the hopes that the archive would survive the war, even if they did not.

Who Will Write Our History - UJA-Federation of New York