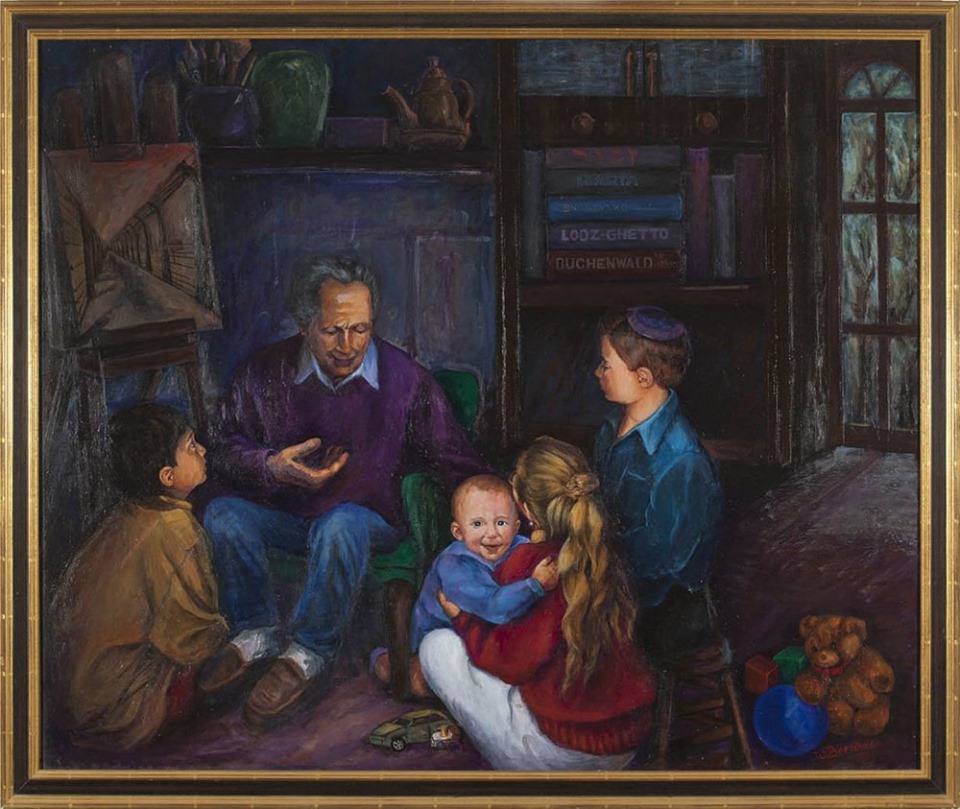 William Bernheim was born in Lodz, Poland on December 13, 1922. Bernheim lived alone in the Lodz Ghetto from 1941 until 1942, after the Nazis separated him from his mother. He wrote poetry and made drawings in the Ghetto until he was sent to work in several Polish ammunition factories and then Buchenwald Concentration Camp. He remained there until liberated by the American Third Army on April 11, 1945.

In 1966, Mr. Bernheim began painting still lifes and landscapes in oils. He attended the Art Students League of New York and has completed numerous Holocaust-related works of art. On October 28th, William will share his story and how his artwork has grown and expanded since then. His artwork and story can be seen in his book My Story: From Hell to Rebirth.